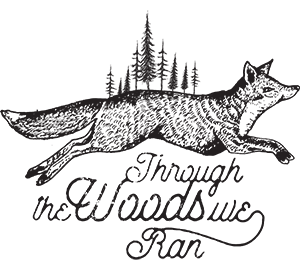 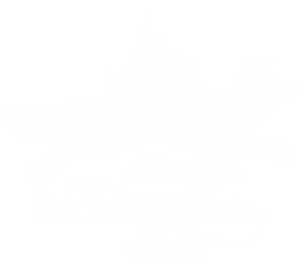 We’re Lauren and Glenn and we’re Through The Woods We Ran. We used to live over in Perth WA, but after Lauren unsuccessfully petitioned for a move to the UK for years (and having finally given up) we visited Lauren’s family over here in 2015 and pretty much the moment Glenn’s feet hit the icy mud of Richmond Park and was surrounded by deer – we started looking up places to move to.

We’ve been together for about 14 years and married about 6 – during which time we’ve adopted four of the most amazing and spoilt cats in the world. We’ll sit on the floor all night watching tv if one of them looks comfortable on the couch. In turn though – they have to put up with non-stop squeezes and having terrible pop songs reworded using their names and sung to them. We said they’re spoilt, not necessarily happy…

Anyway – we’re super stoked you’re checking out our stuff and we hope you like it. And while you’re here – below are some interesting facts about each of us. The first fact should be that we’re both not great at writing interesting facts. 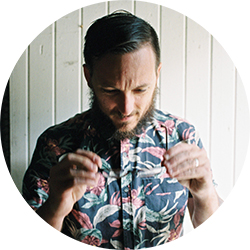 My favourite things about Lauren are her laugh, and the way her hands clench up super tight when I’m really succeeding at annoying her

If I could do anything in the world, it would be to sit at home with my cats. There is a 98% chance I’m doing that right now 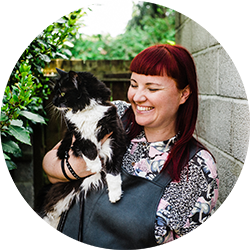 I have a mild case of social awkwardness. I have literally run away from awkward situations before.

I’m Hufflepuff and proud (despite the unjust stereotypes).

I ‘m obsessed with stationery. I got far too excited when I found out the brand of highlighters I liked released new colours.

If there is an animal nearby, I will be petting it. Or at least looking at it longingly while I attempt to interact appropriately with humans.

At any given point in time, there is a 99% probability that there will be a food stain somewhere on my person.